The National Association of Nigeria Nurses and Midwives, NANNM, Lead by Comrade Michael Ekuma Nnachi, has called on the federal government to regulate the migration of nurses and midwives in the country, saying it was a major way of reducing the brain drain which it noted, has
“impacting negatively on the Nigeria health sector.” 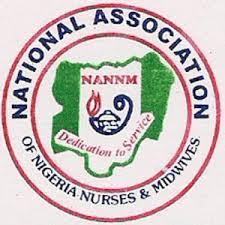 This was as it appealed to the government to provide insurance coverage for nurses and midwives due to exposure to hazards.

The nurses’ association also urged the federal government to create Department of Nursing Services to allow for expanded professional roles of members.

Speaking in Abuja, Friday, at a press conference held ahead of the 2022 International Nurses Week Celebration/Scientific Conference, the organisation equally appealed to the government to involve members “as policy decision-makers.”

“The Federal Ministry of Health should create Department of Nursing Services to allow for expanded professional roles”, it said in a prepared text read at the event by Member, NANNM Governing Board, Comrade Michael Ekuma Nnachi.

While noting that,”Motivation is an essential component of performance which is fundamental to driving every human function”, the organisation said:” The government and stakeholders – Federal Ministry of Health, Ministry of Labour and Employment, Office of Head of Civil Service of the Federation, NSIWC, IPPIS office, etc., are called to
involve nurses and midwives as policy decision-makers”, it said.

“While we appreciate the goodwill of The Head of Service of the Federation/ NCE for approval of proper grading for graduate nurses achieved at the 43rd meeting of National Council on Establishment (NCE) held from 24th to 28tgh January 2022, at International Conference Centre, Abuja, we passionately request for the immediate release of enabling circular to implement the decision of NCE”, it further said.

NANNM also called on the government to “provide a decent work environment for quality service delivery”, just as it appealed to the Federal Ministry of Labour and Employment to release 2018 withheld April/ May salaries as approved by President Muhammadu Buhari, in December 2021, and commence the implementation of hazard allowance as approved in December 2021 by Ministry of Labour and Employment.”

“The Ministry of Health can introduce an initiative of allowing management of facilities to replace retired nurses and midwives following retirement without waiting for waivers,” it also requested.

It tasked the government to “invest in the nursing workforce and consider special salary package for nurses (NSS) to address brain just as it said the government should, “Employ more nurses and midwives to improve workforce so as to reduce maternal and child morbidity and mortality rates in the country. “

Another demand by NANNM is for the Federal Ministry of Health to implement the outcome of the 2-day Nurse Leaders and Stakeholders workshop on State of the World’s Nursing Report: A strategic roadmap for the improvement of Nursing and Midwifery Services in Nigeria, as directed by World Health Organization (WHO).”

“Leadership in the health sector should be all-inclusive to break the existing supremacy in Nigerian health industry.

“The Federal Ministry of Health, FMOH is requested to address the issue of allocation of intern nurses,” it further said.

As Extracted from Vanguard.