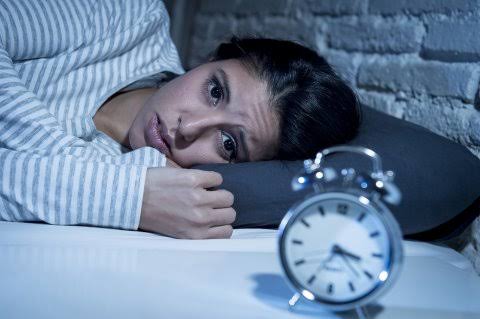 Have you been struggling to get a decent night’s sleep? Or you are finding it hard to sleep? Your late night trips to the fridge could be to blame.

A midnight snack can be tempting if you’re feeling peckish before bedtime – but it could lead to a restless night’s sleep.

Some of your favourite foods might be full of nutrients, but eating them late at night means your body will have to work harder to digest them rather than slowing down, ready to sleep.

A bad night’s sleep can increase the risk of obesity, heart disease and diabetes – and make it difficult to concentrate.

Our grandmothers and mothers all warned us about eating cheese before bed, but did you know things like peppermint, white bread and celery might also affect your sleep?

A spokesman for http://Testogen said: “Everyone knows how important a good night’s sleep is to help body recovery and aid mental health.“It’s easy to forget, but what you eat does affect your sleep.
“As tempting as a sneaky midnight snack could be, you’ll probably regret it later.“

Here are nine foods that could be keeping you awake in the small hours:
1. Pasta

Pasta is a carbohydrate, a source of slow-release energy. Great for the daylight hours, but not so good if all this energy is released exactly when you should be sleeping.

This can trigger heartburn, leading to a very uncomfortable night’s sleep. It may be prudent to turn down the offer of after-dinner snacks.

The fibre found in dried fruit will put pressure on your digestive system, with sugar – regardless of it being natural – being a big no-no before bed.

The caffeine in chocolate means it could give you a restless night’s sleep(Image: Getty)

Chocolate is a huge caffeine source which will leave you tossing and turning all night. It’s similar to drinking a big cup of coffee before you try to sleep!

6. Celery
The water content of celery could mean you’re making trips to the toilet all night, which isn’t condusive to a good night’s sleep.

7. White bread
As tasty as toast may be, white bread is full of processed sugar, meaning you’ll be feeling wide awake after a late evening snack.

If you don’t want to completely give up bread before bed, opt for the safer brown version.

Cereal could be keeping you awake(Image: Getty Images)

Cereal is surprisingly sugary, which is why it’s great in the mornings to start your day. Lots of us will confess to devouring a bowl as a snack at night too. But that energy boost isn’t helpful when you’re about to go to bed.

It turns out there’s something in those old wives’ tales after all. There’s a chemical in cheese called tyramine which causes your brain to work harder than it should, making it harder to turn off and enjoy some sleep.

Thanks for reading… Please share this article with friends