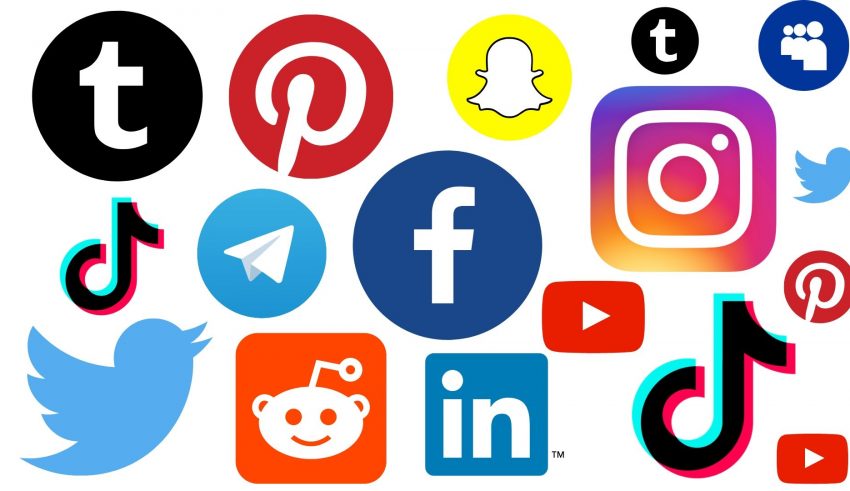 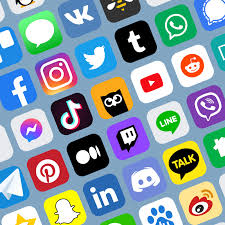 This information, released by the National Information Technology Development Agency (NITDA) on Monday, can be viewed on its website and Twitter page.

Just six months ago, Nigeria lifted the ban on Twitter, six months after it first declared a crackdown on the social media giant in the country.

According to a memo written by Kashifu Inuwa Abdullahi, the director-general of NITDA to Nigeria’s president, Muhammadu Buhari, at the time, one of the three conditions Twitter agreed to — for its reinstatement — was setting up “a legal entity in Nigeria during the first quarter of 2022.”

The others included paying taxes locally and cooperating with the Nigerian government to regulate content and harmful tweets.

We’re halfway through the year, and it appears that none of the conditions has been met yet. But that hasn’t stopped the government from forging ahead to extend these requirements to other internet companies: Meta-owned platforms, Twitter and Google. 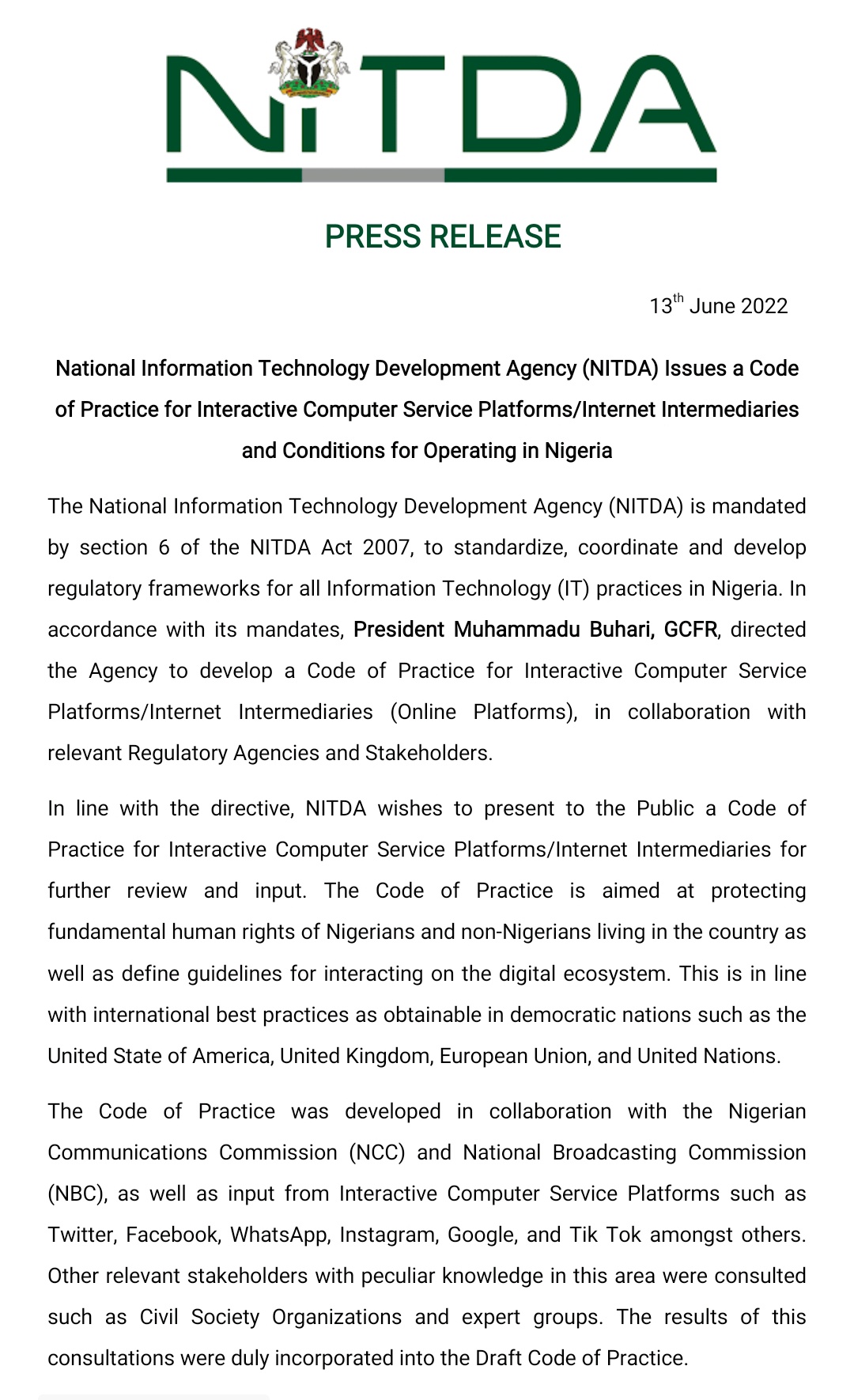 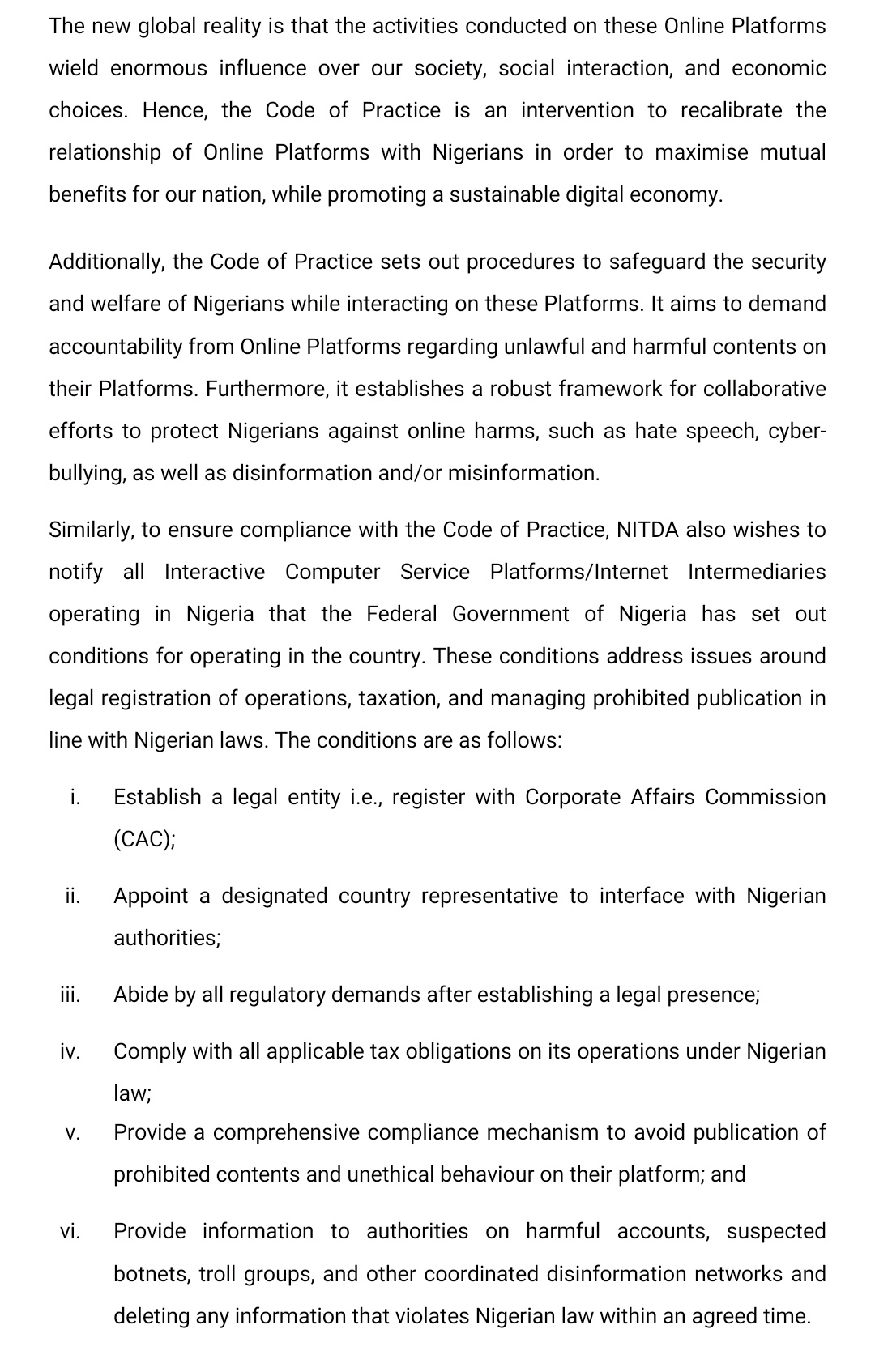 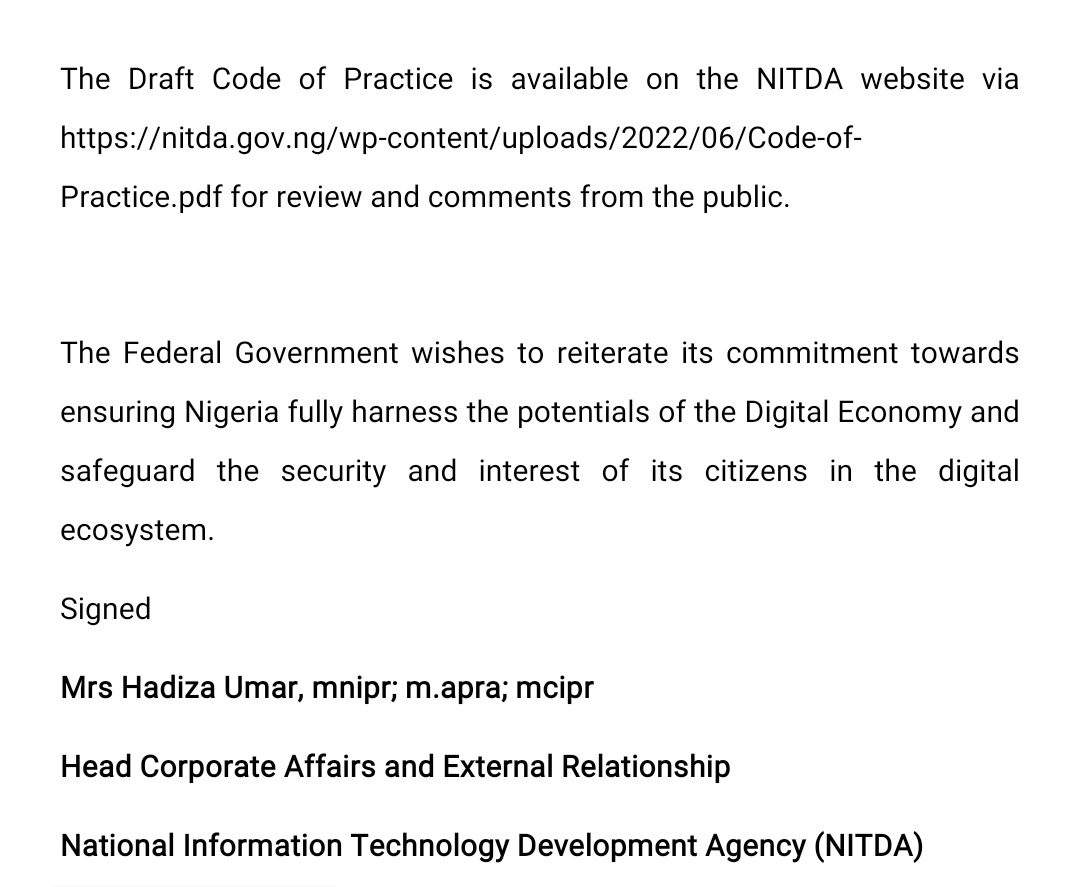 The draft is titled “Code of practice for interactive computer service platform/internet intermediaries.” The internet regulator claims that these conditions are aimed at “protecting fundamental human rights of Nigerians and non-Nigerians living in the country” as well as “define guidelines for interacting on the digital ecosystem.”

“The new global reality is that the activities conducted on these online platforms wield enormous influence over our society, social interaction and economic choices. Hence, the Code of Practice is an intervention to recalibrate the relationship of online platforms with Nigerians in order to maximise mutual benefits for our nation,” Hadiza Umar, the agency’s head of corporate affairs, said in the press statement.

NITDA said it wrote the draft with a presidential directive. It also claimed to collaborate with Nigeria’s communications and broadcasting regulatory bodies–and welcomed input from the internet companies its draft affects.

The agency said the draft is open to review and comments from the public. However, given the backlash it received after Twitter’s ban and fears of monitoring and free speech stifling by the Nigerian government, it’s unclear why the agency went ahead to compose this draft.

But this isn’t the first time the Nigerian government has attempted to regulate social media platforms; it has flirted with the idea over the past couple of years. The latest was last June when the government, in the same press release announcing Twitter’s ban, directed the broadcasting regulator, the National Broadcasting Commission (NBC), to commence the process of licensing the operations of social media and OTT platforms in the country which also included the likes of YouTube, Zoom, WhatsApp and Skype.

NITDA’s draft is the latest development on this front, and according to some Nigerians, it’ll probably end there. But others worry that the Nigerian government might take things too far and suspend the operations of these internet platforms just as it did with Twitter, should they not adhere to its regulations.