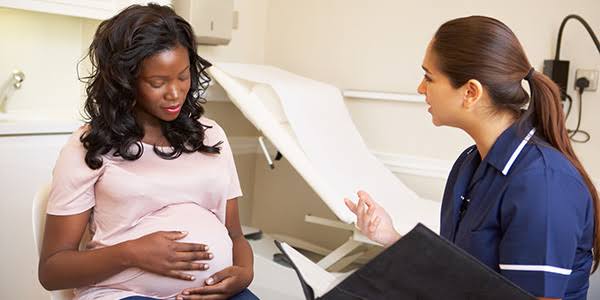 No matter how many babies you have had, you’re always a New mum with each pregnancy.

See-Finish doesn’t apply to pregnancy and ANC.
No two pregnancies are the same!

Late ANC Booking visit could be the death of Mom and Baby😰.

How Can Late Ante Natal Booking lead to death of a Baby?

A lot of persons don’t see the need to book early ANC or even book at all.
To some, it’s a waste of time or money or for old timers😉… “Been here, know the drill” (See finish).

See guys, the thing is…
No two pregnancies are the same from the same woman or different.

A woman could be fine in her first pregnancy and in a subsequent pregnancy may have contracted HIV, Hepatitis B or Syphilis.

Another woman in her 3rd of 4th pregnancy might have become hypertensive or Diabetic or Anaemic without knowing.

Miscarriage nko? Could be Rhesus issues.

Antenatal Care is so much more than just a routine or a place to ‘pop’ your baby. Old time religion.
ANC is beyond Folic acid and supplements. Or just the awareness classes (Equally important)

The best time to go see your Dr is immediately you suspect or know you’re pregnant.

Why ANC?
– To prevent, detect and manage those factors that adversely affect the health of the mother and baby.
– To provide advice, reassurance, education and support for the woman and her family;
– To deal with the ‘minor ailments’ of pregnancy;
– General health screening

While a urine test is a way of knowing if one is pregnant… it is not a confirmatory test.

A blood test is confirmatory and an early ultrasound is Gold standard.

In GTD, a mole grows in the uterus, giving off symptoms mimicking a developing pregnancy with even abnormally high Hcg levels giving a positive PT result. With an ultrasound scan, it can be diagnosed and treated.

This can be benign or even Malignant. Early detection is key! 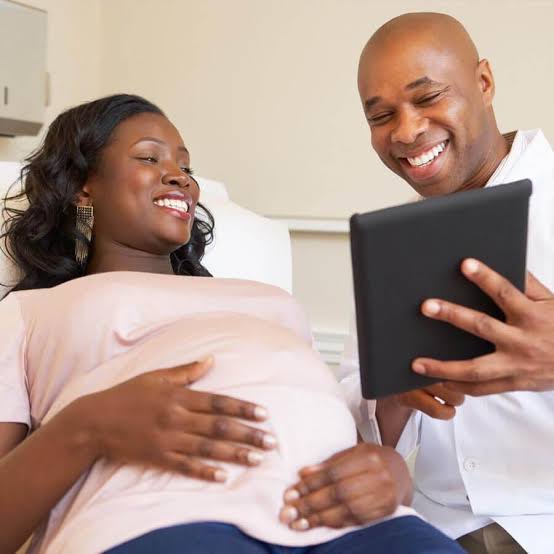 Other Benefits of Early Antenatal Care (ANC) include:

Women with known NCDs are encouraged to see a Doctor even while planning to get pregnant and as soon as they are pregnant.

Early detection and management of diseases like:
Hypertension, Diabetes, Sickle cell disease, Anaemia, Malaria, Fibroids, Ectopic pregnancy and endocrine disorders, including obesity, can improve the outcome of the pregnancy or save life of mother and child.
No rocket science.

Many women don’t know they have these conditions until routine checks. Also chances of NCDs increase with increasing number of pregnancies and age too.

So, you see, sometimes, we are our own ‘Village people’. Not every adversity is ‘Spiritually induced’.
Early ANC can help.

Some will even say Osagie I am fine Nothing is wrong with me… How do we know if we don’t carry out test on you?

Does HIV shows on the face?? Madam come over jor…

2. Early detection of infectious diseases like:
HIV, Syphilis, Gonorrhea, Clamydia, etc, these also when discovered early from routine ANC screening or testing can inform early management and improve the health of mother child throughout pregnancy and beyond.
Many find out in ANC

To reduce chances of this condition caused by Rhesus incompatibility, women are given an immunoglobulin…

injection (Anti-D/ Rhogam) at 28 weeks of pregnancy and also within 72 hours post delivery. To reduce any sensitization and fetal loss in the ongoing pregnancy and the next. This is done for each pregnancy.

SEE THIS Infertility In Men: What Every Men Should Know

4. Ultrasound:
Early ultrasound has so much benefits.
Recommendation is that all pregnant women should be offered scans at between 10 and 14 weeks and 18 and 21 weeks.

18- 21 Weeks Scan primarily screens for Structural anomalies.
Scans performed after this stage is based on clinical indication, such as concern for fetal growth or wellbeing.

5.Routine medication:
This so important and while many women might think they have all the drugs figured out, they might actually need more care, SAFE drugs and observation if they are found to have any diseases or infection coexisting with pregnancy.

About Folic acid:
Did you know it even has more benefits when commenced before pregnancy. Once a woman is ready to get pregnant, a hack is to commence on folic acid.
Plus, it is especially needed in the 1st trimester for fetal spinal cord and brain development.

So how early?
As soon as you know you’re pregnant and confirm with a blood test. Go register at a hospital of your choice.
As early as 4 weeks, or 8 weeks. Some Govt owned hospitals in Nigeria, due to health system lapses and understaffing say from 12 weeks and above, however…

From 8 weeks, a booking visit can be done. Earlier? still great. Anyone laughing “Too early” is ignorant.

It is not your portion, however, early ANC booking & testing can help identify & start early management of any complication.

So, If a hospital says too early, my advice…

Find another hospital if you can afford it, and if the other is your preferred (Especially Govt owned) you can go back there when it’s 12 weeks and commence.

But once you’re pregnant, you need to be screened, Scanned and tested early. Don’t delay, better ‘too early’ than late.

Booking late for your ANC is not a sign of maturity/Seniority. It doesn’t make you more qualified or experienced, no two pregnancies are the same and that singular action is putting you and your child at risk.

Also, please register in a verified hospital or maternity and adhere.

Including all this CAC churches taking delivery….

Take ANC classes seriously & ask questions .
Men, create time to attend ANC with your partners as much as you can. You’re both pregnant.

I know things are hard, but please, don’t be penny-wise with your pregnancy.
Not everything is spiritually induced, play your part.
#DrZobo 🍷

The Nitty gritty of this Education is not just for fun but for the safety of our Pregnant women to be Educated to do the right thing.

Go to Hospitals and Have your Baby